Music Review/Interview: One Thing You Don’t Know About Eric Zayne 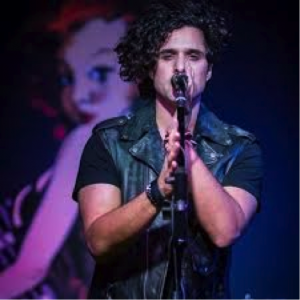 I was able to catch artist and producer Eric Zayne after a performance in Los Angeles. Eric is backed by a young and talented band known as NuMovement.

NuMovement is described as a musician’s collective, which was started by Cesar Ramirez (guitar), Mills (keys), Mike Morgan (bass) and Kendall Lewis (drums). I was able to ask Eric a few questions immediately after the show, wish I had more time.

Hopefully in the near future

Eric Zayne began playing with bands at the age of 13 developing his skills around his hometown Montreal. He also toured in Asia for five years with a funk band.

In early 2013 Eric graced the Los Angeles music scene performing at local venues and has recently graced the stage in Austin at SXSW.

Make sure to check out Eric’s previous release “Between Us” (2013 release). Some of my personal favorites are Hello Goodbye, Maneater and Diggin You.

His new mixtape AutobiograMe has something for everyone. It’s a fusion of funky, edgy, synth-based, and live sound complimented by great vocals, harmonies and lyrics of a true songwriter. The mixtape includes songs like

It also includes features by Matisyahu and King Blaise.

Eric isn’t a studio musician, his shows are full of energy and he sounds just as good live as his recordings do. NuMovement is making waves in the indie-music scene.

What People Are Saying About Eric Zayne

Great performance from @EricZayne during lunch, it was great ����#CHS pic.twitter.com/MLWHXAMxEw

Absolutely fell in love with this amazing singer who came to my school on Tuesday. @EricZayne -student from Monroe high school, I love you!

Had the best minie Concert at school @EricZayne we love you and thank for your singing!! #carsonhighschool

@EricZayne You guys are AMAZING! Thanks for coming!

Classic: Eric, How would you classify your music style?

Eric: I think the best word for it is Alternative Pop; because my influences are definitely both between. I love Frank Ocean. I love Prince mainly, but I also love really good Pop songs from Katy Perry to Bruno Mars to Justin Timberlake. So my thing is, to always bridge both worlds together.

Classic: What’s the best thing about being an artist?

Eric: I guess it’s the idea you can create a physical world from an idea that was just very abstract in your head. It’s unbelievable to realize how we have the power to manifest things in our lives as human beings and that’s the most amazing thing. It’s exhilarating.

Classic: What’s one thing your fans don’t know about you?

Eric: I originally wanted to be a cartoonist, but I suck at drawing.

Classic: What advice can you offer to other aspiring indie- artist?

Eric: The only lesson that keeps coming back to me is, that this industry is run by followers. An audience wanna be lead. So be authentic with who you are as an artist and your music. It sounds simple but it’s hard to shape the world as you want it, if you stick to your vision.

Classic: With an EP and mix-tape completed, what’s next for you?

Eric: I’m about to embark on a bunch of high school shows this month and next month. Heading out to do more shows in the east coast. I am releasing more cool videos for my mixtape which you can download for free at ericzayne.com. So be looking out for that.

For more information on Eric Zayne and NuMovement Go to www.ericzayne.com

Please give me a list of other indie artists, producers and musicians you’d like for me to interview