So we’re 2 weeks into the 90 Day Music Licensing Challenge and I’m finally caught up!

Since the last update a lot of things have changed, both with the challenge and my own personal business endeavors. I’ve had to alter my work-flow as well as the way I approach the licensing game.

Playing Catch Up With The Challenge

The 1st thing I had to drill in on was creating new demos. I’ve been using the same 2-3 demos over and over for the last couple of years and felt it was time for something new. Creating these new demos would also add to the 1000 songs I’ll be submitting to libraries throughout the year – Goals For 2013.

I spent 1 week doing nothing but studying and creating music. The 1st half of the week I spent immersing myself in popular music (genre didn’t matter). When I was driving around town I had the radio on. When I was at home, I had the latest/popular TV/Movies on and I was actively taking notes. 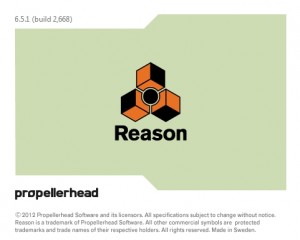 My notes consisted of: Instruments, tempo, genre, how the song made me feel and how it related to the scene.

The 2nd half of the week I spent creating music. I stuck with a 4/4 time signature because it’s the easiest to create in and I needed to get a lot done in a short amount of time. I also setup a small window of time to work in for each track – 30 minutes, no more no less.

I did this because I’m most productive with short deadlines, It forces me to only bring forth what works. Now, I’m sure a lot of you don’t agree with this, but different strokes for different folks I guess.

Last week I received 24 emails inquiring about demo creation and how I go about creating mine. In all honestly, I just picked 4 tracks. I don’t worry about teasers or ordering the tracks from best to…least best/pretty ok etc. I just selected 4 tracks and sent them on their merry way.

– Please don’t over complicate this process.

I went back through all of my emails (Aaron sends out a lead per day) and really dug into the libraries. The goal is to submit to 1 lead per day which is easy to do. Each company had different terms when it came to submission (some which I wasn’t prepared for).

– A mistake a lot of people make (not reading contracts thoroughly)

This is not like reading licensing terms of software, where you just scroll and click then install. These terms can have a huge impact on your career so it makes sense to read them.

Reading terms was boring, but necessary. I noticed that not all companies were the same nor did each company outline their contact/terms on their site and some terms were a little too simplistic and open ended which left me with a lot of questions.

I had to personally email/call these companies and dig a little deeper into their contract with them, 2 actually reworded their contracts as we spoke because they realized the terms weren’t clear enough.

The submission process was very simple, most of the sites were setup so that you could upload your music – doesn’t get any easier than that.

Some required physical CDs, I chose to pass on these for the time being. There are a few libraries I’m with that require CD submission and I’d much rather send all these (CD Submissions) out at the same time.

The Game Changer (For Me)

While I was reviewing some of these libraries, I stumbled upon a few that had strict policies. They refused to work with anyone who was affiliated with their blacklisted libraries and had a minimum track # requirement.

I’ve never seen this before and found it interesting, there reasoning was valid, but I was a little conflicted because a couple of the libraries blacklisted were libraries I use (that pay fairly well).

So I had to really sit and think of which was more important.

1. Affiliate with a higher quality library and kill a stream of income

Well, I’ve decided to use both! All I’d have to do is create a separate entity for these libraries. Their minimum track requirement is great because it will keep me busy and help meet the 1000 track submission goal I set.

That’s my update, please feel free to leave comments or any questions you have.